Of sadists and children

This is current reality in China: 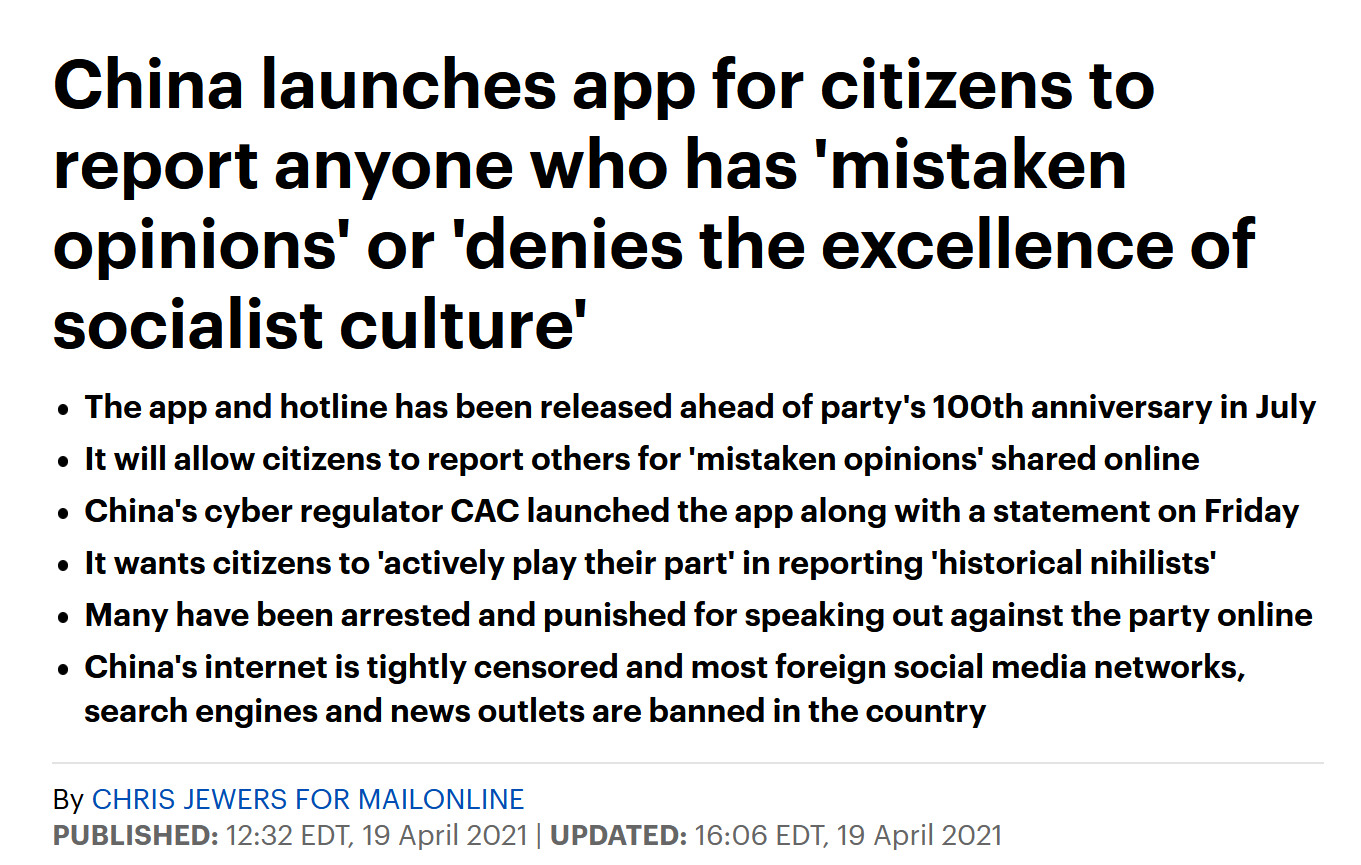 This is current reality in Canada:

Ryan Pan, a manager with Haidilao Hot Pot in Vancouver confirmed that over 60 surveillance cameras have been installed in the restaurant at the request of the Haidilao corporation, as part of the social credit system in China. He said that the Vancouver location has 30 tables with two cameras assigned to each table.

When asked specifically why Haidilao required so many cameras to monitor staff and patrons, Ryan Pan said that the cameras were installed to “punish” staff if they didn’t adhere to corporate standards and to “people track”. Pan also said that the video is sent back to China but declined to say why this was, other than to say the reason for this was “secret.”

Haidilao has over 935 locations around the world and more than 36 million VIP members and 60,000 plus staff.

This has also come to the United States, where Biden signed an executive order where anyone who disagrees with the state can be declared a "Russian agent" and unpersoned. This extends to friends and children. Someone comments:

During the Chinese Cultural wars, the parents would be taken away and people were so terrified of being seen as supporters of them that it would take all their courage to give food for the kids left behind. I heard stories of children whose parents were taken away by the Maoists, being left scraps on the porch by terrified neighbors. They wouldn't be given food directly or taken in. People were too scared for that.

Life is about realizing values, and we are entering a world where healthy values cannot be realized.

We are entering a global game of sadists and children. Sadists are the ruling class who think they're better than everyone, they can make decisions for everyone, they are the only consciousness that matters. They consider other people dolls in their dollhouse.

Children are those people, including adults, who refuse to take responsibility for their actions, and choose to remain in an eternal state of infancy where they expect the state to take the role of parents and provide for them. The sadists advertise they will do this for them.

Such a world cannot permit a healthy adult to realize their values. Healthy adult values threaten the sadists, who want to run their dollhouse, playing with people like they're toys in their social plan. And it threatens the children, who seek safety in an environment that is provided for them.