We know that the protesters at the Capitol building were invited inside by security. There are multiple video angles of this. Here is one from the outside. Another one showing entry. This is one from the inside – series of tweets: scroll down for the one that says "Here’s the scary moment". There was another, but that one has now been removed in The Purge.

So the protesters were invited in. At least some of them were antifa. We know because: (1) observers reported an antifa bus escorted by the police to DC, (2) diligent folks doxxed some of them, and (3) it's weird for a MAGA protester to sport a hammer-and-sickle tattoo. 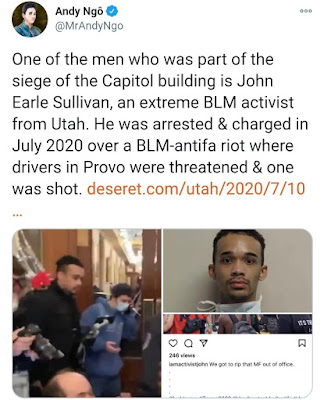 So the protesters were invited in, they walked loudly through the building – and Ashli Babbit, a protester and veteran with 4 tours of duty on her record, was murdered by a security guy when she attempted to climb through a hallway window:

Meanwhile, half a year ago, "Black Lives Matter" rioters did this: 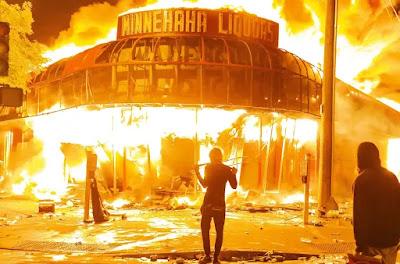 That is fine though. That's not terrorism. That's something the media support.

The media tell you, burning down people's livelihoods is OK. That's the way change happens: 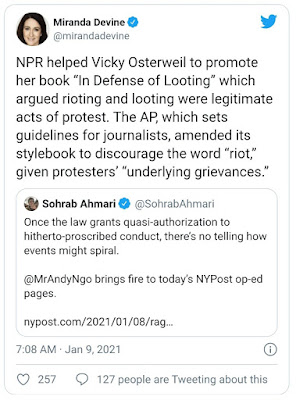 However, protesting a massively fraudulent election by occupying a public building for which your taxes pay: not OK.

Your chance to speak about that was at the ballot box. Oh, your vote was switched to Biden? Heh, sucks to be you!

It's gonna happen every future election, too: 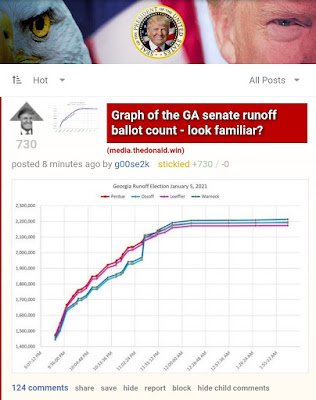 The protest at the Capitol was a last resort for people for whom justice was thwarted at the ballot box, in Congress and Senate, and through manipulations in courts – including the highest court in the nation.

And this relatively meek protest now provides a pretext by the treasonous media and tech companies to call peaceful Trump supporters terrorists, and to ban all manner of political dissent.

Here is my woefully incomplete list of what happened just by January 8-10:

What are these bans for? What did these people do to deserve this? 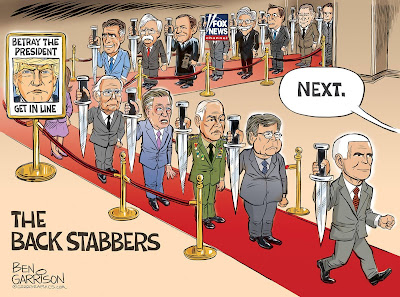 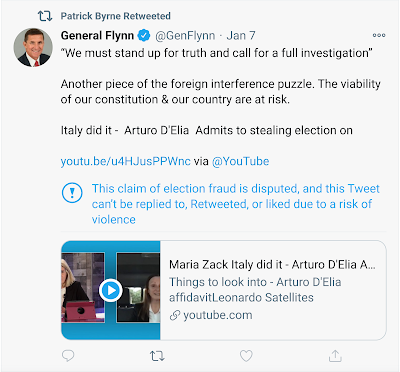 This is the content you are not allowed to see.

For "your safety". To protect our "sacred democracy".

denis bider said…
Ray - I appreciate your removing your comment, because otherwise I would have. During peace, we can entertain opinions. However, when it comes to the country descending into fascist totalitarianism, we do not have the luxury to entertain fascist propaganda.
09 January, 2021 23:13

denis bider said…
BTW, The Epoch Times reports on the BLM activist that I screenshotted at the Capitol. The allegation of "at least 1 busload of antifa" comes from this tweet by Paul Sperry.
09 January, 2021 23:27