The party of unity and healing: "Those who disagree are not people"

I posted previously that American liberalism is fascist, and conservatism is in fact liberal. A conservative wants freedom; a "liberal" wants to punish people who do not follow the liberal diktat.

Along these lines, the same party that spent the past 4-5 years demonizing Trump and those who support him is now sanctimonously announcing "unity and healing". Just as soon as Biden takes command. Pinky promise!

It's just unfortunate how the unity and healing looks remarkably like dehumanizing those who would disagree.

In the Washington Post, owned by Amazon billionaire Jeff Bezos: 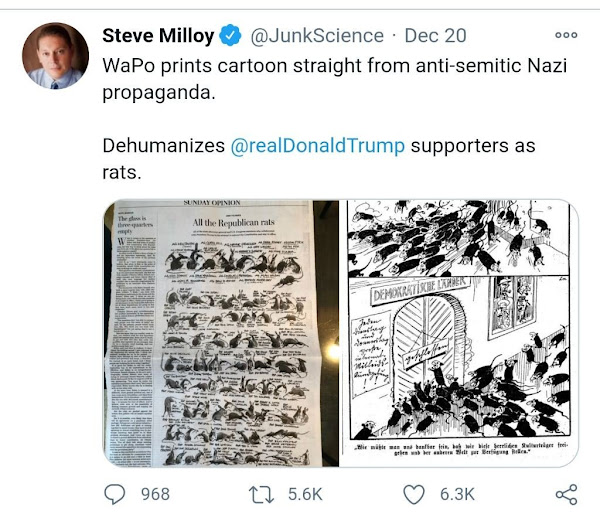 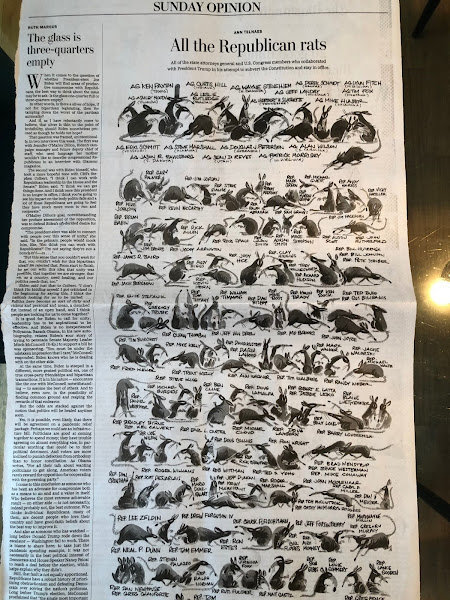 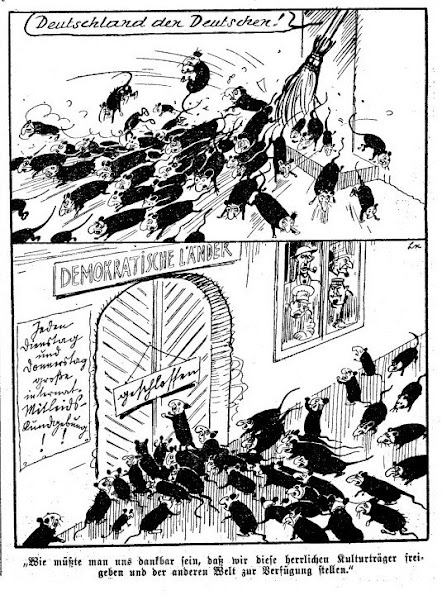 On Reddit, owned by the New York Newhouse family, not to mention a $150 million investment by China's Tencent: 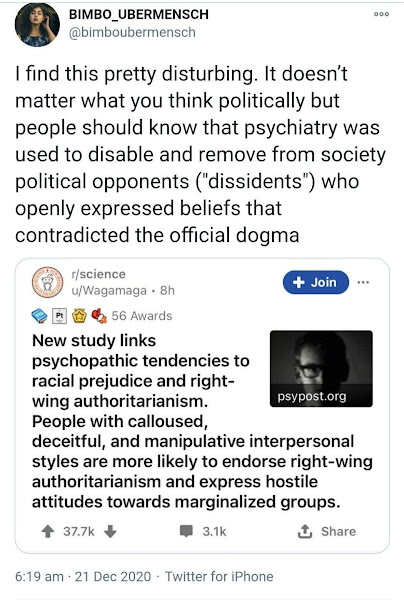 Folks: if you are in favor of election integrity, you are a rat, a psychopath, an authoritarian, and not a person.

The only kind of "unity and healing" we can have is if the corporate state and its outlets are completely wiped out. This must be a wiping out of power structures, not people. If Biden takes control, the "unity and healing" will be based on mostly ignoring half the population, demonizing us, dehumanizing us, and pretending we're an inconsequential minority.

And if you ever disagree with them, this treatment will be extended to you.

Hritik Vijay said…
CGP gray made a really relevant video on Structures of powers. You might want to have a look.
28 December, 2020 14:45

To some extent, it says obvious things. If the wealth of a country rests on a diamond mine or an oil field, then it's more feasible for a minority to hijack it and sideline the people, given that the people are not an important element in anything.

My main complaint, though, is that the video is overly cynical. Just because a country can be run on cut-throat dynamics doesn't mean it is inevitable that it will. Norway, for example, is a resource-rich country that manages its wealth on behalf of the people.

For cut-throat dynamics to apply, enough of the country's population have to be corrupt. If the level of ethics and principle-following is generally high, then these outcomes simply do not result, or if they do, they become corrected.