This is the choice

Folks seem to be oblivious to the seriousness of this situation. 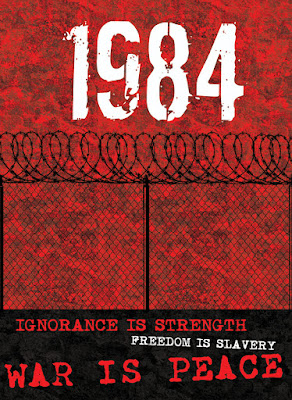 This is the last stand for democracy anywhere in the world. You can have fair elections in Elbonia, but that doesn't matter one fig's leaf if the world's only liberal superpower is unrecoverably corrupt, with no path back to liberalism. The one alternative is China, which is the same.

This is the hill to die on. This is the turning point. From this point onward, there is totalitarianism vs. freedom. You have to choose.

Unfortunately, many are choosing unwisely, and do not even realize the choice.

What's happening now is not a culmination of 4 years, it's a culmination of 20+ years, with a climax to match. The overt brainwashing we're seeing in media nowadays, Fox coming out as an alter ego of CNN, a complete blackout on true things that are happening – the people behind this propaganda machine are now fighting for their lives, so this is the most overt lying I've seen. But it's been going on for at least 20 years, which is how long I've been consciously observing. Chances are fraud has been decisive in several US elections this century, which is why it's such a fashion advanced by the media to quickly concede. What might be found if folks did not?

People are trying to excuse the media brainwashing as click-motivated, but it's not. It's coordinated propaganda, right up there with Chinese state news.

The first goal of the propaganda is of course to convince the viewer that what it's saying is true: e.g. Biden won fair, no investigation needed, trying to investigate is obstruction, there is no evidence before you could possibly present it, hundreds of sworn affidavits aren't evidence but articles citing anonymous sources are true. The one site where Trump supporters can congregate, after they were pushed from Reddit, is branded a "forum of cybercriminals".

But the second goal is to convince even those who doubt the propaganda that the cause is hopeless and they are alone. The blaring of lies is so ubiquitous that you start to think you must be crazy, or you live in a crazy world.

Folks must not believe this. Talk to other people and see what they really think. Of course, Covid is now a convenient excuse to prevent that and ban holiday gatherings that could lead to organic communication.

The two outlets that might have actual news right now are OAN and The Epoch Times. The rest, I will trust when their owners and editors have been convicted of treason – not just for actions today, but at least since George W. Bush.