Racism in a nutshell

Suppose the mood strikes you and you're looking for casual sex. You go to a club, and the club has two rooms. Each room has 100 people, who are on average similarly attractive. At the entrance, you are given this bit of information:

Given the above information, tell me you're not going to restrict yourself to the people in room #1 only.

You could also visit room #2. There are 90 healthy people in there. Maybe your soulmate is there. But you won't.

Now for a small tweak.

Imagine, instead of each room with 100 people, the rooms are like this: 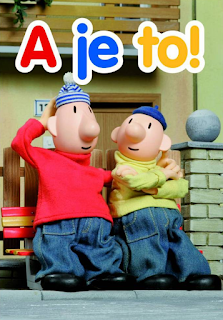 How is this relevant in the US?

In the US, black Americans are 12% of the population above age 12, but commit about 50% of all murders.

In contrast, Asians are 6.3% of the population above age 12, and commit about 1% of all violent crimes. Their offender-to-population ratio is 0.2.

From the same sources, men are 49% of the population, but commit 89% of all murders and 70% of all violent crimes. It may therefore be understandable if someone is more afraid of random men than of random women. This is sexism.

The example with two rooms and STDs can serve literally. African Americans are 13% of the population, but in 2018, they had 42% of new HIV diagnoses. Same goes for chlamydia, gonorrhea and syphilis: all 5-8 times the rate of whites.

Similarly, 65% of black American children are growing up in single-parent households. The figure is 24% for non-Hispanic whites, and for Asians it's 15%.

The current narrative of the American left is that racism and sexism are vile characteristics of hateful people. Surely you're not vile and hateful, so therefore you're not racist and sexist. Are you?

The answer is that everyone is racist and sexist, because this is subjectively the rational thing to be.

If you are more afraid of random men than of random women, because men commit 89% of all murders and 70% of all violent crimes, then you are being sexist. You are discriminating against random men, on the off chance that they are violent people, even though most likely they are not. But if you do not discriminate, you'll lose the lottery eventually.

Europeans tend to look incredulously at stories from the US, finding it hard to believe that Americans can be so racist.

As someone from Europe, I can tell you that Europe is much more racist.

In Europe, racism against people with dark skin is not perceived, because there are fewer and their voices are not heard. However, if you ask people with dark skin who have lived in Europe – they do experience racism, and it is more casual, more ubiquitous, and sometimes even more violent than in the US.

Europe, however, is much more blatantly racist against problematic communities with which the people are familiar. Europe is universally racist against gypsies, and Ireland against Travellers – and for good reason. Germans are racist against low-skilled immigrants from Poland who don't integrate, and descendants of Turks who didn't. The UK has left the European Union so they wouldn't have to accept more people from Poland – let alone more Muslims.

The US cannot explain to itself its racial situation with blacks. Young people go to high schools and colleges where they believe what the teachers tell them. The teachers are only allowed to say one thing, that all people are the same. Try to be more nuanced, and you're fired.

So there can't be any reason for anyone to discriminate. So if anyone does discriminate, they are hateful and vile. Right?

Meanwhile, the same college student is afraid to get into a car with a male stranger, as opposed to a woman. It does not click that this is discrimination; it is sexist. They don't consider it discrimination because it seems like sensible self-protection. They don't see that these two can be the same thing!

Discrimination comes from real differences. When there is no longer an underlying cause for stereotypes, the stereotypes become harmless jokes. So you can make fun of the Scottish or the Irish, as long as no one involved believes in those stereotypes. Stereotypes become offensive when they might be justified; when the joke hits too close to home. 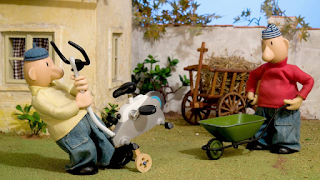 The dominant reasoning now is, if racism is caused by underlying differences, then those differences must be caused by racism. This ignores the example of Asians, who overcame adversity and integrated successfully despite racism.

In a cynical way, this reasoning recognizes that racism is caused by perception of real differences. But it believes racism causes the differences, so it tries to gaslight everyone that differences do not exist. Statistics are disregarded as irrelevant. They are probably misleading. They must be compiled by racists. Only racists would use them.

IQ is completely denied as having any validity at all. IQ is the single best predictor we have in all of social science, and this wasn't a problem until it turned out that IQ is racist. In other words, groups of people consistently test lower or higher than the general population depending on ethnic origin. This also perhaps would not be a problem if the whites were the lowest-scoring... But it is blacks that are lowest-scoring. So therefore, IQ cannot have validity.

SAT and ACT tests cannot have validity either. A California judge completely barred the University of California from using them in admissions for 2021. Standardized tests are classist, racist, sexist, and ableist. Perhaps, the UC should instead throw dice to decide whom to accept. Or leave it to individual admissions officers, whose decisions are no doubt fair.

An actual way forward would be to recognize that differences exist, support social programs that might improve them and reduce their impact, and offer everyone an equal opportunity.

The way forward is not to pursue equal outcomes, however; or to brand any noticing of underlying differences as racist. The denial of true differences is gaslighting. And as long as these exist, equal outcomes can only be Kafkaesque.