Showing posts from September, 2020
Show all

The Swedish success with Covid continues... 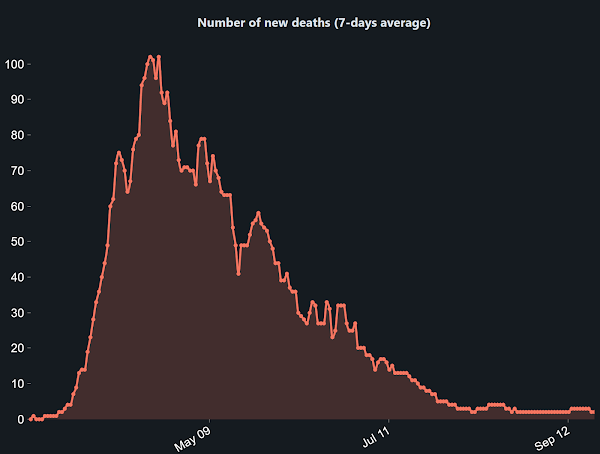 ... while at the same time, it's being called a failure – by media in other countries cheering for top-down control. Yes, so far they've had more deaths per capita. Partly, they could have done more to protect the elderly. But importantly, they crossed the hump before other countries, and had their deaths and hospitalizations in one go. There were predictions, for Sweden, that the new school year would surely cause a large new wave of hospitalizations. Maybe this is still coming, but 6 weeks into the school year, not so : Meanwhile, other countries – Britain , France , as well as Slovenia, out of those of which I know – show inability to learn from Sweden, and are preparing for new harsh measures that will surely be economically "helpful". Of course, the UK Members of Parliament at first instituted a separate set of rules for themselves. They exempted UK Parliament bars from the 10 pm curfew, or from drinkers having to register their name and address fo
7 comments
Read more

The US left and its belief in institutions 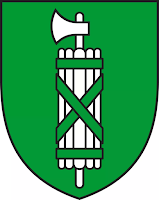 In the US, "liberalism" is synonymous with the Democratic left. However, the US liberal paradigm is not primarily freedom. It's primarily belief in institutions and their ability to solve problems. Obviously, there's nothing liberal about this, so it's better called "progressive" or somesuch, but the idea is to have strong, powerful institutions and to solve all sorts of problems with them. It doesn't strike Democrats as ironic at all that the most powerful institution on Earth, the US federal government including the armed forces that are by far the largest in the world, is currently led by Donald Trump. The left fails to realize how this is a bit of a chink in our plan to save the world with powerful institutions, seeing how we haven't solved the problem of who leads them. The desire to save the world with powerful institutions comes hand in hand with a mentality that if you're not prospering, then an institution has failed you. If you
8 comments
Read more

The level of disease risk at which breathing becomes criminal

September 26, 2020
We know Covid has a higher infection fatality rate than seasonal influenza. Therefore we've engaged in many behaviors in an attempt to eliminate Covid or reduce its spread, including: Fines of GBP 200 and more for not wearing a face mask. Indefinite bans affecting concerts and gatherings, as well as one-time life events such as funerals and weddings. Children this year do not have birthdays. Economic shutdowns, accumulating bankruptices and millions of people in severe economic distress ( screenshot ). Reduced access to health care, including in countries with socialized health care where doctors protect themselves first and serve patients later. Refusals to see patients lead to long delays in diagnosis, which results in increased deaths from non-Covid causes, including cancer and heart disease . Reduced effectiveness of schooling for most pupils and students. Socialization mostly eliminated. Reduction in travel by 70% or more ( screenshot ). Let us suspe
2 comments
Read more

Wokeness in the US is a movement to remove competence as a criterion for economic participation, and replace it completely with inclusivity. For example, it means prohibiting the University of California from using SAT and ACT test results in admissions in any way shape or form, because standardized tests are classist, racist and ableist: University of California System can't use SAT and ACT tests for admissions, judge rules This leads to gradual but ongoing destruction of US economic competence through removal of competent people and the "biased" processes that select them, and their replacement with ever so slightly less functional, "inclusivity" choices. Wokeness is the promotion of the dysfunctional over the functional, in the name of fairness. It is equality of outcome as opposed to equality of opportunity. It is the recognition that not everyone is born an Einstein, and that this is fundamentally unfair because it means not everyone gets a Nobel Priz
Post a Comment
Read more
More posts