Showing posts from April, 2019
Show all

Water heater does not work, but no fuses are blown and all circuit breakers seem closed?

April 30, 2019
Solution: Not all circuit breakers are closed. Check the GFCI for the garage outlets. 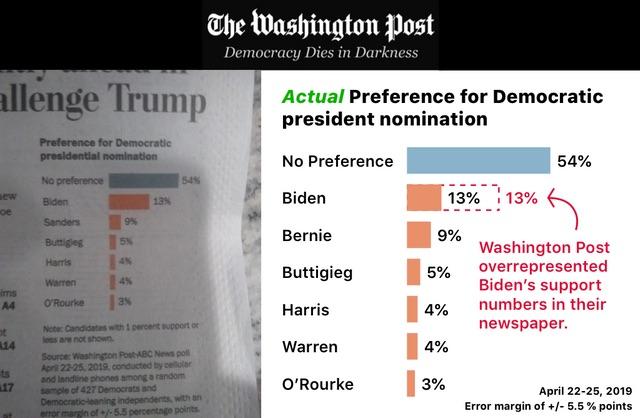 
If the 2016 primary is any measure, during the following year, we can expect:
favorable coverage exaggerating Biden's support and success;feature-length articles praising Biden's life, work and character;unfavorable coverage marginalizing support for Sanders and other threats;plentiful assassination articles against Sanders and other threats.By July 2020, we can expect Biden to be crowned Democratic candidate for presidency, largely no matter who else ran. Coverage like the above exists to ensure this happens.

Life continues, not begins, at conception

April 15, 2019
Forced-birth activists – those who call themselves "pro-life", although they often don't support policies that would help the living – tend to claim "life begins at conception".

In abortion, the life or death of an organism would be of no consequence if it did not have consciousness to experience it. Yet the forced-birth activists refuse to acknowledge that the capacity for awareness is necessary to speak of personhood, and insist there is some magic at the union of a sperm and an egg of which there is no evidence.
Post a Comment
Read more

GDP and the rate of predation: Why can't we protect ALL of the innocent?

April 07, 2019
In criminal law, Blackstone's ratio is the idea that:
It is better that ten guilty persons escape than that one innocent suffer.In practice, 2% - 10% might be the ratio of innocent people in US prisons.

Some people argue that any innocent people punished are too many, and that if we can't guarantee anyone is 100% guilty, we should let all the guilty walk free.

Such a policy produces an impoverished society rife with unsolved problems and limited prosperity.

High GDP requires people to transact. People transact if they are confident in transaction safety. If people aren't confident, they second-guess every transaction and divert significant resources into individual security. The result are countries with low GDP, lots of corruption, backstabbing and poverty combined with barbed-wire fences and barred windows.

Residents of high-GDP countries cannot imagine this, but countries with such quality of living do exist, and they are in fact a majority of low-GDP countries.