Showing posts from February, 2014
Show all

February 28, 2014
It's not uncommon to be offended if one suggests that a group of people who share a superficial trait have other traits in common. Nevertheless, correlations exist. I'm noticing some consistent features in my interactions with people from India over the years. These features affect me in varying ways, from annoying to funny: Use of revert instead of "reply". They often ask to "revert as soon as possible". Use of the needful instead of "what's necessary" (or not saying anything at all). One common phrase is "please do the needful". When they're expecting something from you - such as a service - they tend to communicate in a tone that is entitled, talks down to you, and is disrespectful. When communicating about anything by email, there seems to be a trend to include at least 10 people on an exchange that is completely trivial. None of these other people ever participate in the communication. Still, the person you are talkin
Post a Comment
Read more

February 23, 2014
I take back everything I ever said about people with autism, or how we should treat them. I'll explain... when I understand better. For now, I just take it back. And I'm sorry. (To those who might worry this post could be related to something new about Aaron - don't worry. I hope I don't jinx it somehow, but this isn't about him.)
2 comments
Read more

Why teachers should be paid more

February 22, 2014
Currently, in the US, but also many other countries, teachers are paid 30% - 50% less than people in engineering professions. I argue that, as a consequence of this, teachers are mostly mediocre people who are not very good at the job; and those who are good at it, tend to be self-sacrificial. Then there are people who argue that this is fine, that teaching is a reward in and of itself. They argue that teachers ought to be motivated by aspects of the job other than money. For many people, including myself, money is not just about money, it's about status. Most people care about status. I don't necessarily care about being able to buy things I don't need, but I care about being perceived at approximately the rung of the totem pole where I see myself belonging. It makes me deeply uncomfortable to feel like I'm being valued less than I think I should be valued on a chronic basis. I believe that's true for most people. Now, there are some people who are able to mai
Post a Comment
Read more 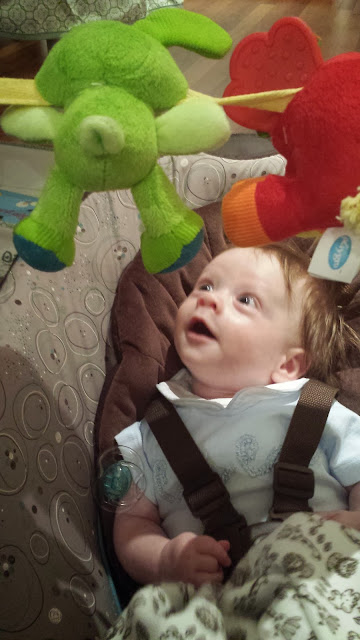 My dad has been reminding me that there haven't been new photos since last year , so... here they are. :-) Sorted newest first, mostly:
Post a Comment
Read more

Internet trolls are psychopathic and sadistic

February 15, 2014
I've been convinced this is true for a while. It's nice to finally see research that adds credibility to it. The research is weak, because it uses self-reported information, but the results are still interesting: Internet Trolls Really Are Horrible People Narcissistic, Machiavellian, psychopathic, and sadistic. [...] The research, conducted by Erin Buckels of the University of Manitoba and two colleagues, sought to directly investigate whether people who engage in trolling are characterized by personality traits that fall in the so-called Dark Tetrad: Machiavellianism (willingness to manipulate and deceive others), narcissism (egotism and self-obsession), psychopathy (the lack of remorse and empathy), and sadism (pleasure in the suffering of others). It is hard to underplay the results: The study found correlations, sometimes quite significant, between these traits and trolling behavior. [...]
Post a Comment
Read more

The "economic activity" fallacy, and the effect of unspent money

February 12, 2014
I've been having an argument on Reddit - where else - with someone who thinks it's necessary to progressively tax people's income , rather than spending . I argued that money that never gets spent on consumption doesn't compete for consumer goods, so you're really not redistributing as much as you think by taxing income. I pointed out that to achieve real redirection of resources from profligate to worthwhile, you need a progressive tax on spending . (Possibly a much larger tax than you could afford to put on income, and possibly much easier to collect.) Then, this person goes and writes the following gem: Building yachts for the wealthy isn't the problem. That actually increases wealth and gives people jobs. The problem is more the vast wealth parked in non-productive derivatives and stocks This is so dumb that it stopped me right in my tracks. I just can't not stop here, and expound about how dumb this is. Money is a proxy for human time . When yo
2 comments
Read more
More posts