Showing posts from April, 2013
Show all

April 16, 2013
A good post about Slovenia's economic troubles: Slovenia Is Not The Next Cyprus, but That Doesn’t Mean It’s Not in Trouble To summarize my take on it: When the global economic crisis hit, countries like Latvia, Lithuania, and Estonia took immediate austerity measures. This had the short-term effect of deepening the crisis, but their economies recovered swiftly thereafter, and have been doing well since then. Slovenia, on the other hand, had massive protests against austerity, and so austerity measures were not implemented. Instead, the state used its control over major banks to influence lending decisions in an attempt to prop up the economy. As a result, the share of non-performing loans held by Slovenian state banks rose from 2-3% in 2007, through 5% in 2009, all the way to 30% in 2012. Part of this was corruption, but you don't get to 30% of non-performing loans through corruption alone; not in Slovenia. Now the banks are broke, and need a rescue, and the suffering
Post a Comment
Read more

April 16, 2013
This story was related to me by my wife. I thought I should write it down before the memory becomes too old to be trusted. It may already be too old; it has been 20 years since this experience. J was 9 years old when this happened, but the story starts before that. J's parents had a close relationship with a neighboring family; the families frequently visited. The neighbor's wife, M, was living with cancer, which she first developed about 15 years prior to these events. She had a strong will to live, and tried everything she could - modern as well as alternative medicine. She had quite a few "bioenergists" working with her over the years. Some helped her for some time; others refused to treat her. Around the time of these events, M was receiving help from a bioenergist from Rijeka. Apparently, this bioenergist taught M how to tap into his energy if she needed to, when her disease took a turn for the worse. Some time later, the bioenergist died. When J was nine,
Post a Comment
Read more 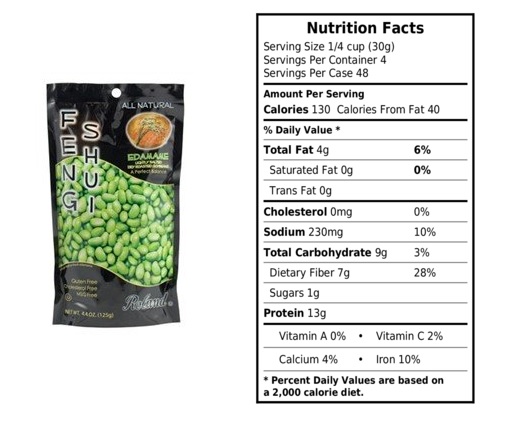 Just today, I found this product in our local store (Auto Mercado in San Jose, Costa Rica). If they have it here, they're pretty sure to have it most places in the US: Never mind the "feng shui" crap. This is the perfect snack! It's tasty in a similar way as roasted nuts (just less fatty). Whereas nuts are largely fat, with some protein, these roasted soybeans claim to have a large portion of protein, with the remaining content balanced between fats and carbohydrates. (And none of the fats are saturated! If it matters.) It's filling! Eating the same amount of nuts just leaves me wanting more nuts (and calories), but eating 30 grams of this is satisfying. At 13g of protein per 130 kCal, I could literally eat this all day, and not depart from my diet! It has a better protein/kCal ratio than most protein bars, without the overbearing sweetness! All dat fiber, it helps you poop! (Probably.) Yummy. I'm sure most people will continue to prefer their Do
Post a Comment
Read more

April 11, 2013
The greatest obstacle to Bitcoin's widespread acceptance is this: The only way to actually own BTC - as opposed to trusting others to manage them for you - is by installing wallet software on your desktop PC or tablet. The only way to purchase things conveniently online is with a credit card, or an equivalent. Online credit card transactions can be charged back for months afterwards, which makes them useless to buy BTC. Therefore, the only way to acquire BTC on a moment's notice is by going out and paying someone cash, or some other payment method that's final. So, where you can buy BTC conveniently and on a moment's notice, you can't use it (unless you bring a laptop or tablet with connectivity in that particular location). And where you can use BTC, you can't easily buy it (at home at your PC). If it was just that, this would be resolved in time as more people start to go around with Bitcoin-capable smartphones, and/or 3G tablets. But there are m
Post a Comment
Read more

April 05, 2013
These are approximate currency emissions for various established world currencies - from large to small: Euro (EUR) 1035 billion USD US Dollar (USD) 850 billion USD Chinese Renmibi (CNY) 492 billion USD Swiss Franc (CHF) 50 billion USD Australian Dollar (AUD) 32 billion USD Costa Rican Colon (CRC) 1.7 billion USD Eastern Caribbean Dollar (XCD) 1.1 billion USD Sources: major currencies , CRC , XCD . The total number of Bitcoins mined so far, and potentially available for use (not accounting for people who lost their keys), is nearly 11,000,000. At $140 per Bitcoin, the current value of Bitcoin emissions is $1.5 billion . This is larger than the Eastern Caribbean Dollar (used by some 600,000 people, as well as partially in off-shore banking). It is almost as much as the Costa Rican Colon (national currency for some 4 million people). Does Bitcoin even have 4 million p
Post a Comment
Read more
More posts