Showing posts from June, 2012
Show all

June 15, 2012
I recently exchanged thoughts about World War II with a pacifist - someone who believes the deaths from the atomic bombs could have been avoided through negotiation. (Typical of people with nebulous idealism, he also said that everyone with a different opinion is a monster, and should never have public office.) At this point, I realized an important lesson I learned in player vs. player games. Someone who has won and lost many matches against other players knows that, in war, every hesitation is an advantage to the opponent, means more losses for your side, and a smaller chance of victory. You can afford to be infinitely patient only if you are infinitely strong. When the stakes are high and your advantage marginal, you must act decisively. Hesitation is commitment to failure, and is very hard to recover from. The penalty is death.
Post a Comment
Read more 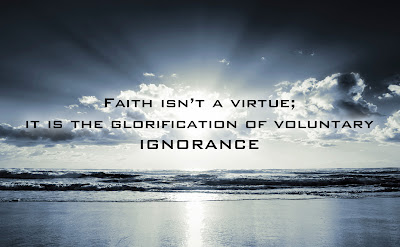 This is all that needs to be said.
1 comment
Read more

"You can never repay all the interest"

June 06, 2012
The upside of commenting on Reddit is that, every once in a while, you get an insightful reply. A common complaint about our monetary and banking systems is that "you can never repay all the interest". The argument goes like this. Suppose you have a barter society, and someone - representing a central bank - introduces money. But he doesn't just give people money; instead, he loans it. He loans a total of 100 pieces to everyone, at 5% annual interest. The community starts using money to trade, it's convenient, and everyone is happy. But then, after a year, the money issuer comes back, and asks everyone to repay him the money. The total amount due is 105 pieces, but there's only 100 pieces to go around. Someone won't be able to repay. The system forces someone to go bankrupt! Except, not. The system doesn't force everyone to return all the money all at once, and the same money can be used over and over again to repay debts and interest. Here's
Post a Comment
Read more

June 06, 2012
I came across this captivating article about a teenager who attempted to build a nuclear breeder reactor in the vicinity of Detroit. The most fascinating part of the story is how far he got, with very few resources other than ingenuity, determination, and a complete disregard for safety. As technology progresses, this is our major extinction risk. In the 1990s, this kid was able to obtain dangerous quantities of radioactive materials by laboriously extracting small amounts from readily available equipment. In several more decades, some similarly ingenious, short-sighted kid is going to synthesize a virus that ends up killing most humans. Not because he intends that result, but in a blind attempt to do good, or to compensate for social maladjustment by showing off his prowess. Our Earth is a single system where everything is interrelated. A monkey could destroy the planet if she knew what actions to take, and what order to perform them in. Increasingly, our knowledge is bringin
2 comments
Read more
More posts